The prototype had the engine mounted in line with the chassis at the rear right hand side of the vehicle. Requirements of the new bus grant saw this altered to a transverse arrangment, i.e. across the back of the chassis. The code was altered to VRT, where 'T' indicates transverse. The prototype was introduced in 1967, one of which (HHW 933D) went on long term loan from Bristol Commercial Vehicles to Mansfield District Traction. The vehicle is seen below, note the rear arrangment with the in line engine, and roof mounted air intake.

With thanks to John Athey for the interesting info on this vehicle. 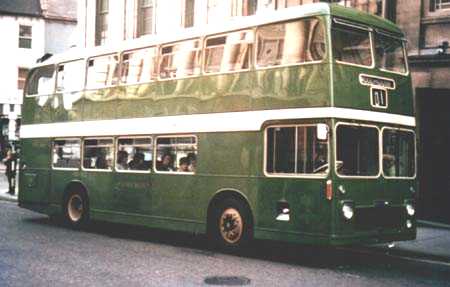 The transverse engine layout resulted in the first production series, the series 1. There were also a few refinements to the body layout. OSF 307G is seen (below). Along with two other series 1 vehicles 'OSF' is still in daily use in the Worksop area, and very well looked after they are too!

The VRT was further developed and the series 2 version became available. Once again the body layout was refined. This next view (below) is of the first ever Bristol double deck vehicle purchased by Trent Motor Traction, a staunch BET company who were absorbed into the National Bus Company. One wonders if underlying BET beliefs led to the demise of the VR from this fleet by about 1991! RCH 626L is seen posing for its official photograph just after delivery, some minor finishing work seems to be required! 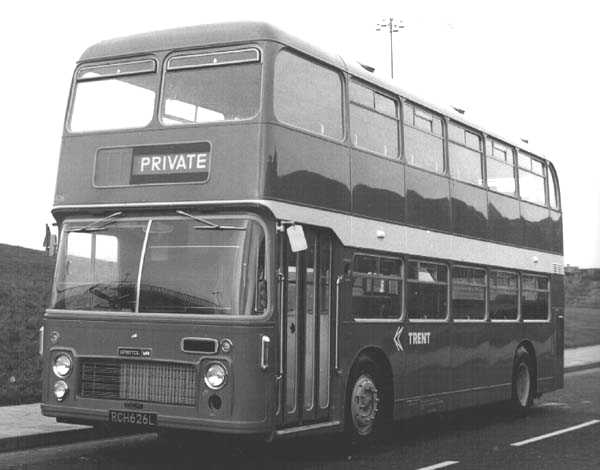