KVF 658E shows the single door layout (below). This vehicle is also preserved. 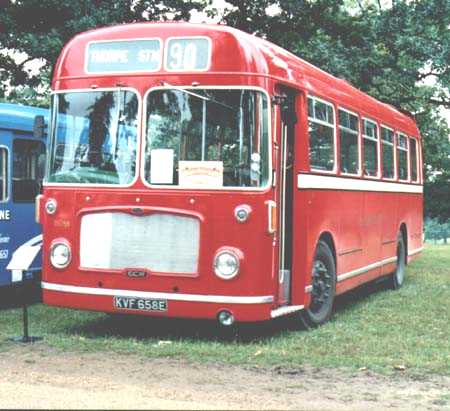 As production went on Eastern Coachworks refined the design of their bodywork for the RE resulting in some quite classic vehicles which, even today, are still timeless in appearance. 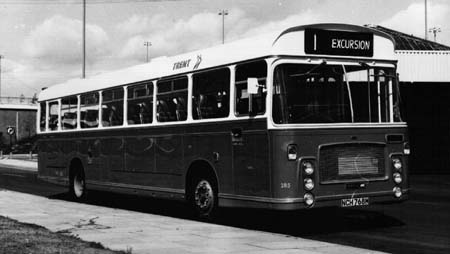 Trent have never been noted for purchasing Bristols, upon the formation of the National Bus Company there was no choice for this staunch BET company. Even so they purchased relatively few REs as they acquired a number of RELLs from the splitting up of North Western as well as those in the Midland General fleet. In fact the only REs new to Trent were of the RELH variant. These soon became popular with the drivers given their robust handling and a good turn of speed, especially in comparison to the elderly Leyland vehicles they had been used to! 285 (NCH 768M) is seen above straight after delivery from Lowestoft. This vehicle survives in preservation.

Another batch of RELH for Trent carried Plaxton bodies. These saw use on a variety of coaching duties including trips abroad. Brand new 21 (URC 621L) poses for its official photograph. 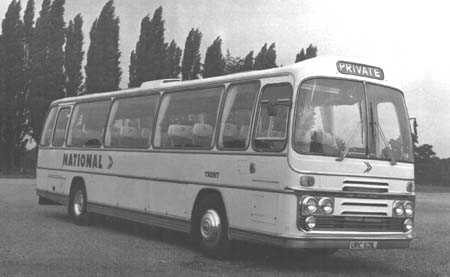 One of ECW's best looking designs came in the form of the coach body as fitted to only 95 RELHs. Staying with Trent 152 (YCH 892M) poses for an official photograph outside Derby depot. In July 1976 this vehicle was lost in a major fire at Derby. 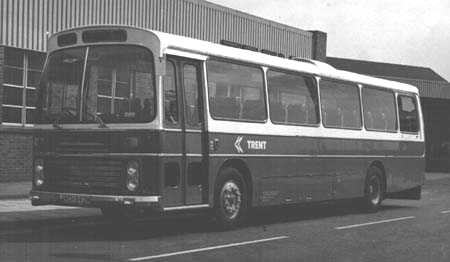