Arguably the best single deck bus/coach chassis of its time, perhaps even of all time considering that current vehicles require something like a degree in science to understand how they work, let alone maintaining them ! The RE chassis (Rear Engine) is of fairly simple construction with leaf spring suspension, a rear underfloor horizontally mounted engine, the gearbox is ahead of the drop centre rear axle to balance the engine weight and giving a remarkably light axle weight.

There were also sub-variants of some chassis types, for example RELL-3, RELL-6.

The two main engine options were Gardner 6 cylinder (HLW, HLX or HLXB) which meant the code '6G' would be added to the chassis code or Leyland's 0.680 6 cylinder meaning the code '6L' being added. REs exported to New Zealand had the Leyland 510 engine as did a couple in Britain. This engine is probably better known as the one fitted to the Leyland National (Yuk!). One of the three prototype RE chassis did have a horizontal Bristol Engine (RELH6B) which was replaced with a Gardner unit before the vehicle ran in service.

The majority of REs were bodied by Eastern Coachworks of Lowestoft, the chassis were driven, usually in threes, from Bristol to Lowestoft for the body to be fitted. Very few non ECW bodied REs survive, and only one out of the 11 RESH variant survives, and here it is (below). The body is of Duple manufacture. 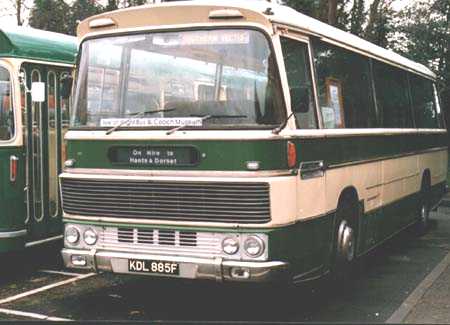 Marshall of Cambridge bodied REs to standard British Electric Traction (BET) design. Just over 90 of the RELL variant were bodied at Marshall and only one is currently roadworthy today.

SJA 352K is depicted below, this vehicle is undergoing a 'rolling restoration' and its appearance usually changes each year! 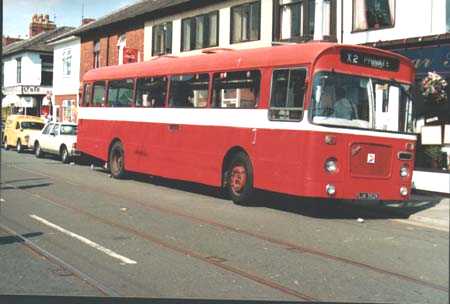 The RELH variant was constructed for express stage carriage and coaching work. Next is a view of TWW 766F displaying the early version of ECW's coach body. This owed much of its design to the later bodies on the MW chassis. The vehicle has since had lettering applied to complete the National Bus Livery. 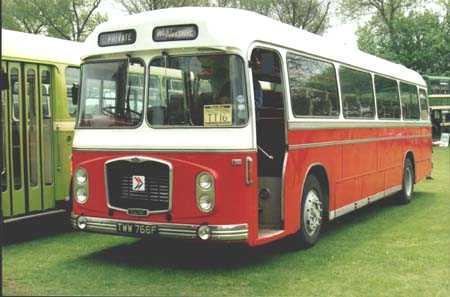 The early bus bodies were also based on that of the MW, these were available in both single and dual door layout. ECU 201E demonstrates the dual door layout (below). This vehicle has recently passed into preservation and in mid 1998 was repainted into the Tyne & Wear PTE livery. 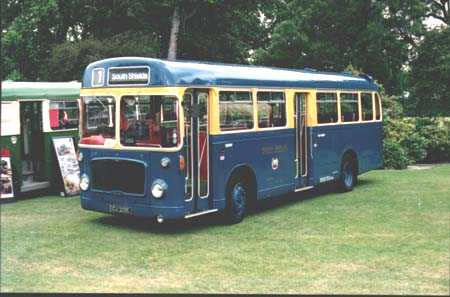 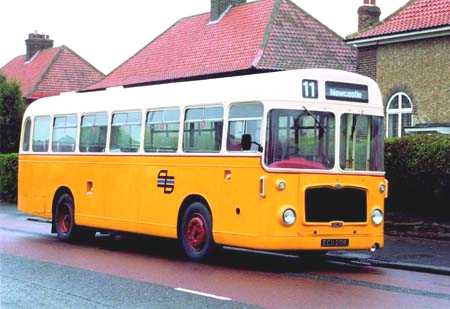