A one time Western Region device this locomotive is the second oldest 25 in preservation (25035 is the oldest), and resides at the North Norfolk Railway. Another Sulzer Type 2 in the form of 27066 is also present although reports of it being for sale are circulating.

The North Norfolk held a diesel gala on the 9th and 10th June 2001. Our Mr Buckley was in attendance driving 25057 which is reported as being extremely loud. The following views appear by courtesy of Phill Taylor. 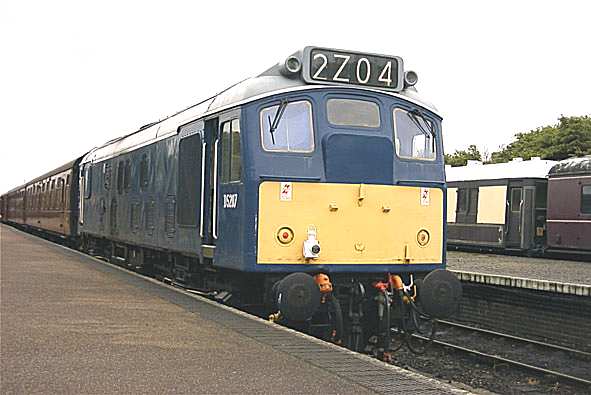 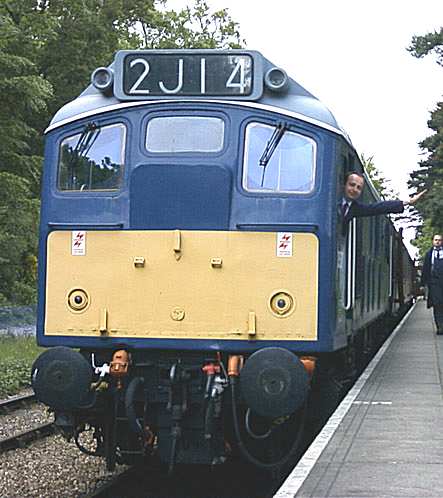 Here's our hero enjoying the thrash (as ever!!), and no doubt looking forward to 'Gannin' oot on the lash liiiiike'! 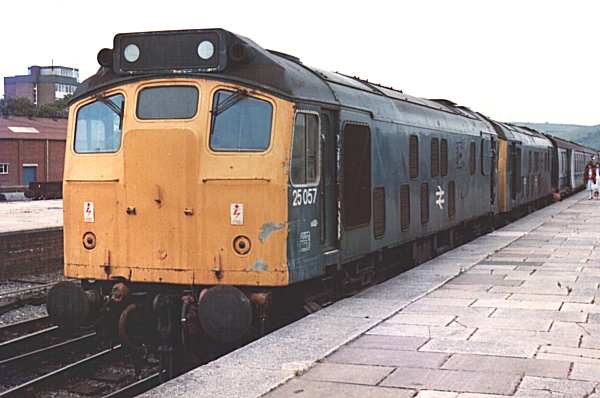 Click here to return to the 40th birthday menu.