During the day to day running of trains things do not always go to plan as far as motive power is concerned. Rather like a motor car a diesel locomotive can (and does!) break down. The term used is usually 'Failed' although 'blown up' has been known, even though no explosions have taken place!!

In British Rail days there was generally a spare locomotive or two residing on one of the once numerous depots or stabling points on the system. The views on this page deal with the East Midlands as one or two 'Hero Rats' come to the rescue of one of their stricken big brothers.

25210 was one of the rarer machines as far as passenger trains were concerned. Here is a scene from 29th July 1982 following the complete failure of 47531 at Kettering on a train bound for London. The 25 was being attached to haul the dead 47 and train onwards, the unfortunate result of the staff meeting was that the train was terminated, we watched a short while later as the elusive 210 screamed through Wellingborough with the ensemble in tow. 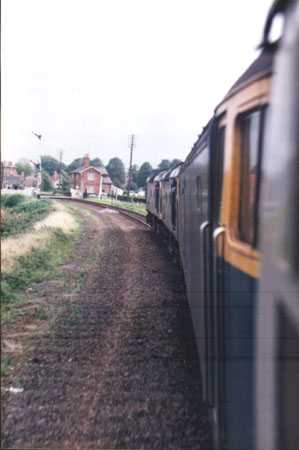 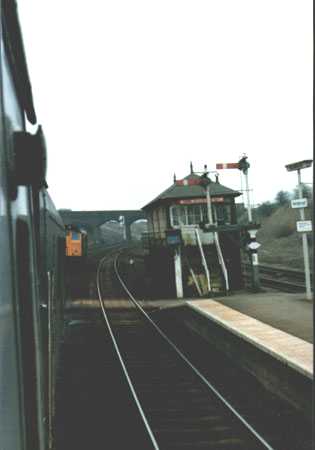 More type 4 woes on the Midland mainline, 45019 was in charge of a Sheffield to London (and return) service composed of 10 Mark 1 carriages in lieu of the rostered High Speed Train on 12th March 1983. On the return leg (1200 St. Pancras - Sheffield ; 1E26), the 45 gave up at Wellingborough with a major traction motor fault. Wellingborough stabling point contained a pair of those horrid Class 31 locomotives and a solitary Class 25. Imagine the relief when the 25 appeared! Here 25049 draws past the now long gone and delightful signal box at Wellingborough to take the 45 plus train forward. 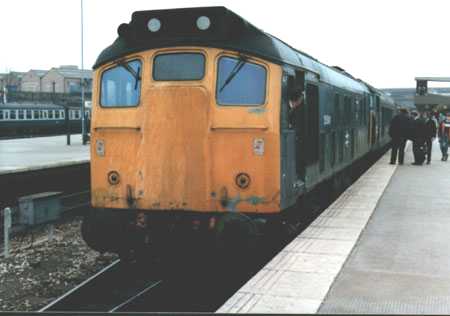 Here is the scene at Leicester, the now rather hot and bothered 25049 and the unwell 45019 were detached from the train here. 45077 worked forward.