From the very earliest days of railway operation in the UK until the mid 1980s the method used to heat passenger carriages was steam. On a steam locomotive this was merely a case of diverting steam to a pipe and on into the carriages. Diesel locomotives however carried a steam generator (posh term for boiler), which was fuelled by diesel, usually from the locomotive's main fuel tanks. The steam produced was then passed, in the time honoured fashion, via a flexible pipe to the carriages. More often than not there would be a leak somewhere on the train which could produce some quite spectacular effects. A few preserved diesel locomotives have working boilers, including D5209 (25059) based at the Keighley and Worth Valley Railway. Here it is (below) looking the part at Oxenhope on 29/10/88 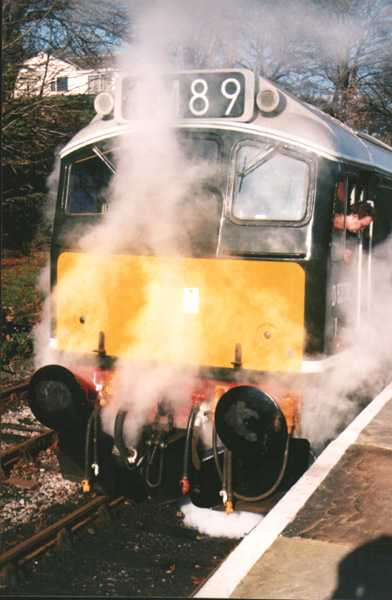 Next a view of 37038 at Leicester after taking charge of the 1505 Birmingham - Cambridge of 12/2/83. The loco had worked across from Cambridge that morning and was taken off the train due to lack of forward traction knowledge before returning on this working. (Thanks to Clive Gretorex for the updated info!)

The winter of 1982/3 saw a Sundays only 1511 Leeds - Portsmouth Harbour service, reporting number 1O92. On 20/2/83 the train is seen at Sheffield with 45076 in charge. The locomotive went to Crewe works shortly afterwards for its final General Overhaul. 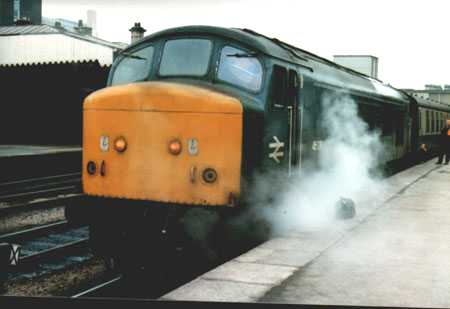 Here is a super shot from the archives of 45008 again at Sheffield on 2nd February 1979. This locomotive was withdrawn in December of the following year 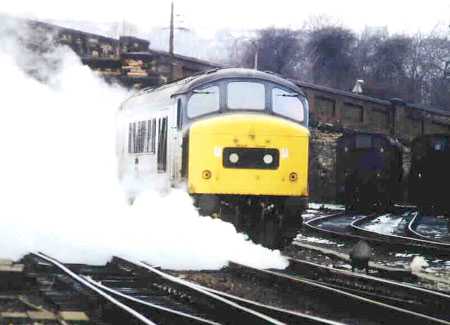 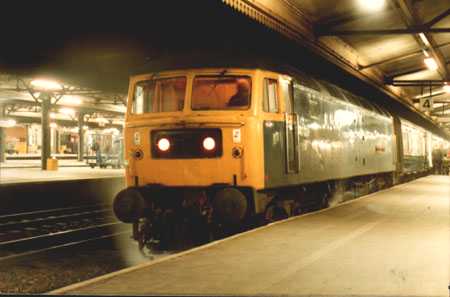 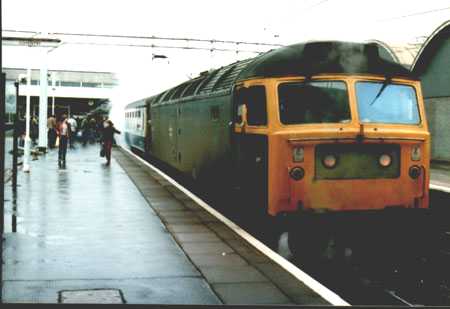