The 10:10 London Euston - Aberystwyth service left Shrewsbury with 25178 leading 25192. There seemed nothing untoward until Sutton Bridge Junction. It appeared that the sanding gear on 25178 had begun operating of its own accord. There was no obvious effect until some 22¼ miles after Shrewsbury the train ground to a rather rapid halt. 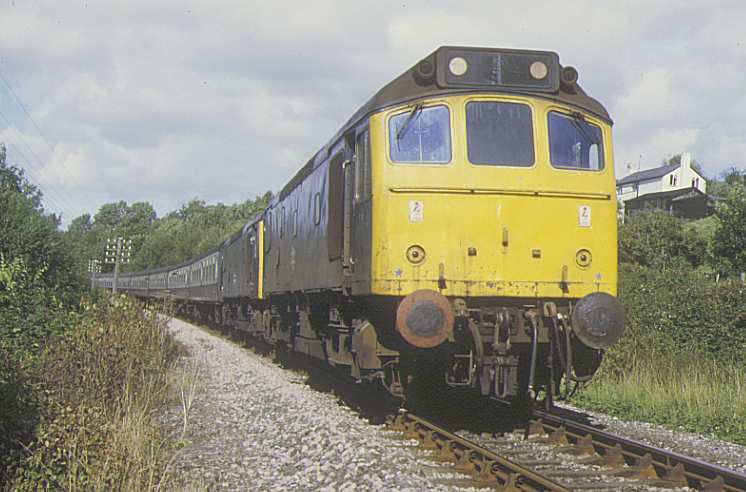 A very silent 25178 (nearest) and 25192 stand at Forden with the 10:10 London Euston - Aberystwyth service. Despite several attempts 25178 would not restart. Eventually 25285 + 25286 arrived and were attached to the rear of the train. As the brakes could not be released due to the fault on 25178 the train was propelled in an 'unfitted' fashion and was stopped at Welshpool using the brake van and loco brakes on the rescuing pair. 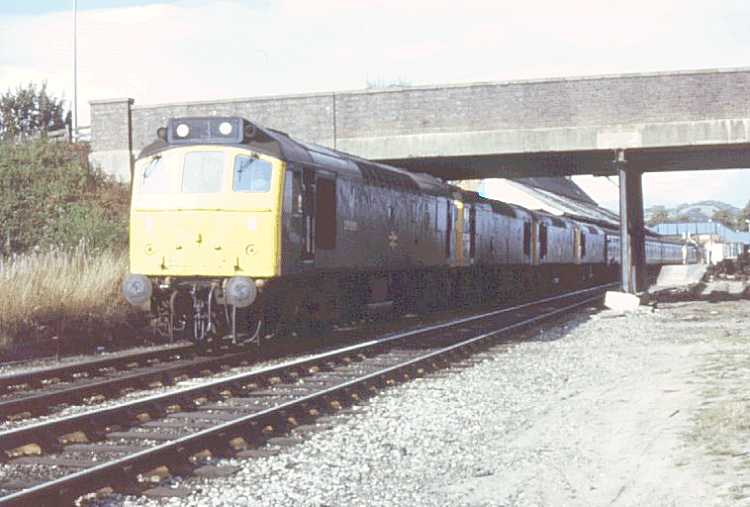 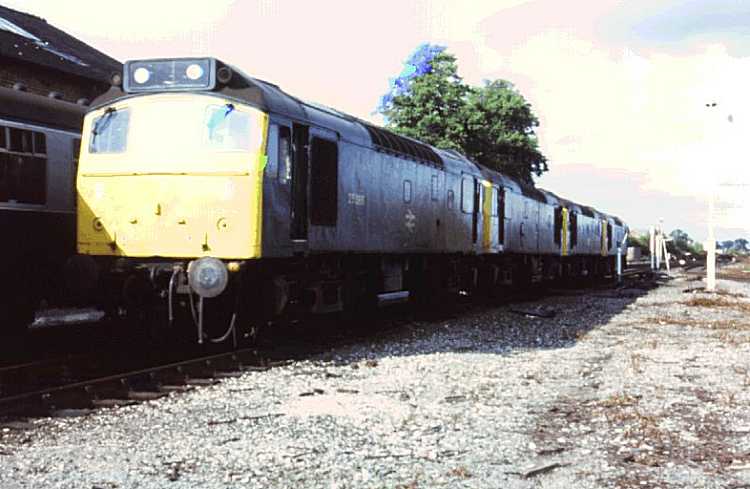 Once removed from the train 25178 + 25192 were then propelled to a nearby siding to await recovery. 25285 + 25286 then worked the train forward from Welshpool departing at 16:50. The service was terminated at Machynlleth from where the booked return diagram was started.

Or return to the Class 25 Index