From the motive power available the theme was very much centred on the East Midlands holiday trains of years gone by. Examples of these erstwhile services are the Derby - Yarmouth (2 x Class 25s); Derby - Llandudno (usually one Class 25); Derby, Burton or Leicester to Skegness (2 x Class 20). Added to this the event's line-up included a member of Classes 31 & 37. 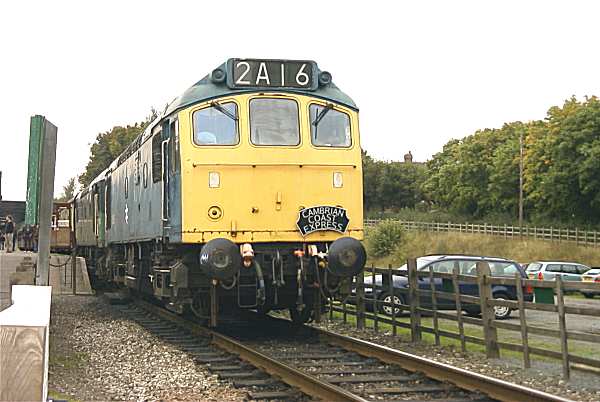 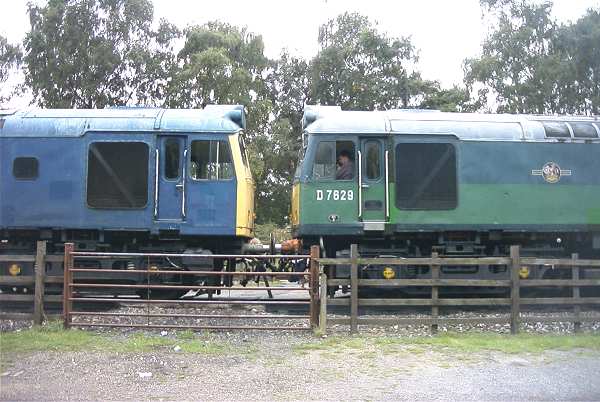 A view of the pair, a once familiar sight on the BR system. 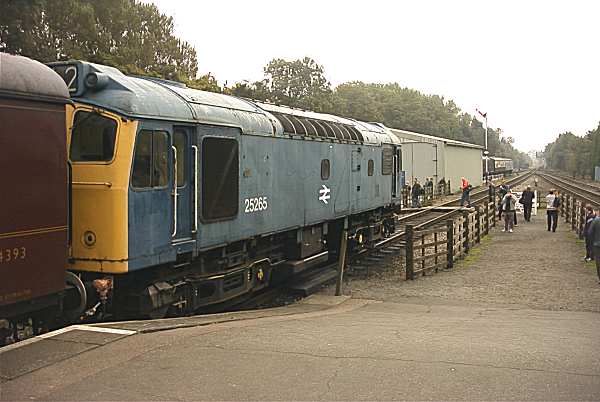 Some 'local' services operated between Loughborough and Rothley. The train consisted of four vehicles, reminiscent of Class 27s on Edinburgh - Dundee services. Here 25265 prepares to draw past the nearby siding before being detached from the train.The Gala was also the occasion of the first passenger duty for 265 in 2001 as (disappointingly) it spends most of the time in use on engineering trains before quite a period out of use awaiting attention. 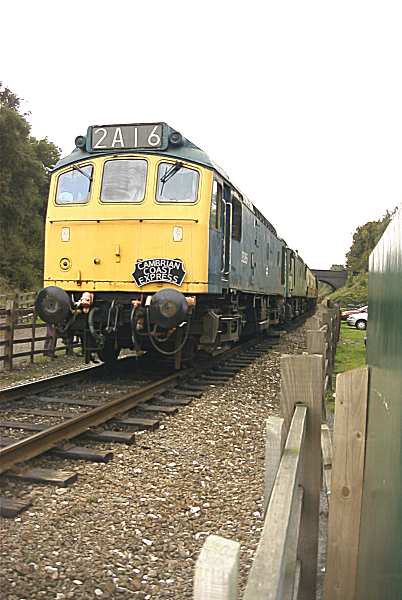 Another view of 265 at Rothley. 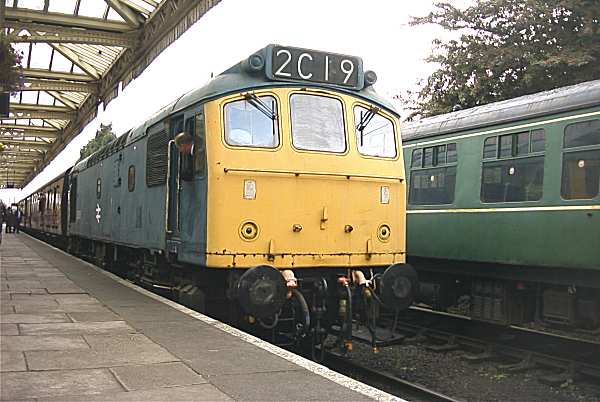 This Way For Some BR Service Pictures