In the early 80s a few trains other than those along the Cambrian were booked for Class 25 locomotives. The East Midlands saw quite some activity with holiday services to the seaside. To think that the trains were usually well patronised too! 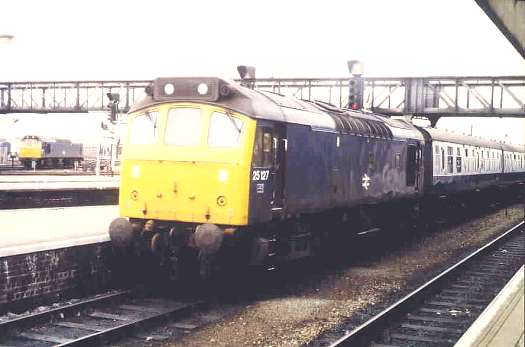 25127 arrives at Derby with the Nottingham - Llandudno of 15th July 1978. Normally the locomotive would run round and continue to Crewe and onward to Llandudno. For some reason 47200 worked forward, not that Derby seemed short of 25s as an unidentified example trundles off 4 shed! 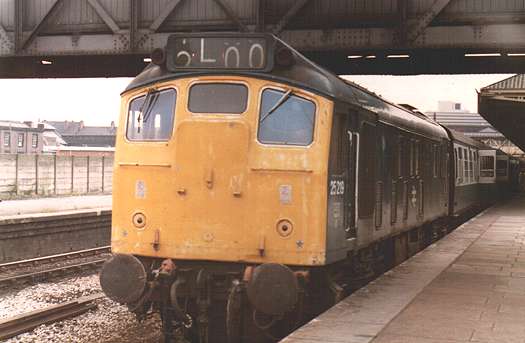 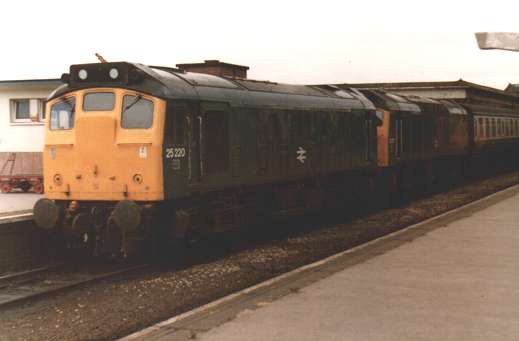 The 0835 Derby - Yarmouth and 1420 return was booked for a pair of 25s. The Derby service outlasted the Walsall - Yarmouth which was also booked for a pair of 25s. These would be exchanged at Yarmouth with the Walsall pair returning to Derby and the Derby pair returning to Walsall. By 1981 the same pair would work out and back from Derby as 25220 and 25177 had done. They are seen at Derby having worked the 1420 from Yarmouth on 11th July 1981. 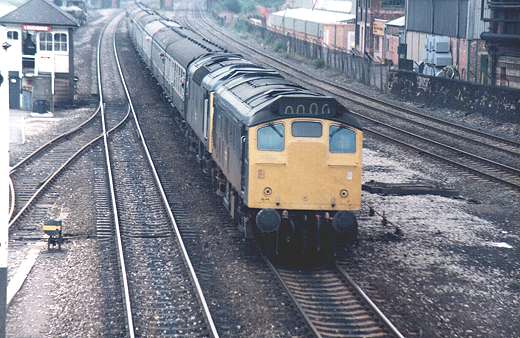 The Skegeness holiday trains from Derby and Leicester were, by and large, worked by pairs of Class 20 locomotives. 25s did appear every now and again as is the case here as 25221 leading 25325 drift into Loughborough with the 12:35 Skegness - Leicester of 7th August 1982.

25219 - 25221 were also regular performers on the Crewe - Cardiff services before the type were replaced by Class 33 locomotives. Here is 25242 on full song on it's way from Crewe - Cardiff. 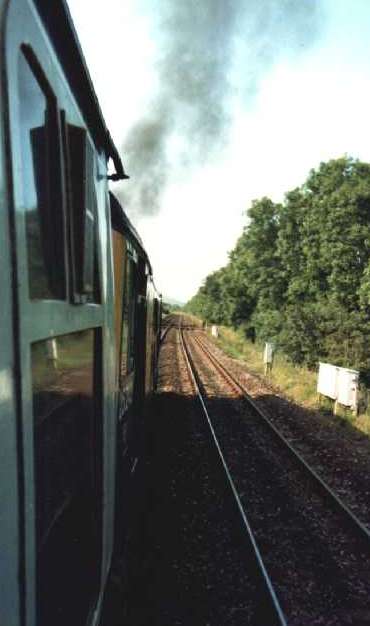