27024 is based at the Caledonian Railway which runs between Bridge of Dun and a delightful terminus at Brechin. The locomotive saw departmental use after withdrawal from service numbered ADB968028 becoming the final member of the class to be withdrawn in December 1989.

The locomotive was purchased minus its power unit and much auxiliary equipment.

A Sulzer 6LDA28 power unit from a class 26 locomotive was acquired and installed along with the necessary auxiliary equipment some of which came from a Class 85 electric locomotive.

Saturday 1st September saw 27024 in operation with 26014 at the other end of the train in connection with a railtour which had operated North during the previous night. 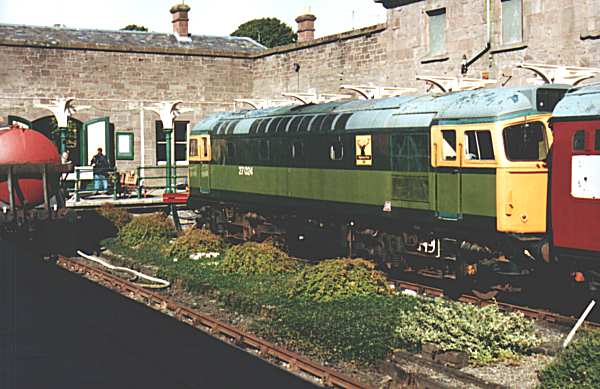 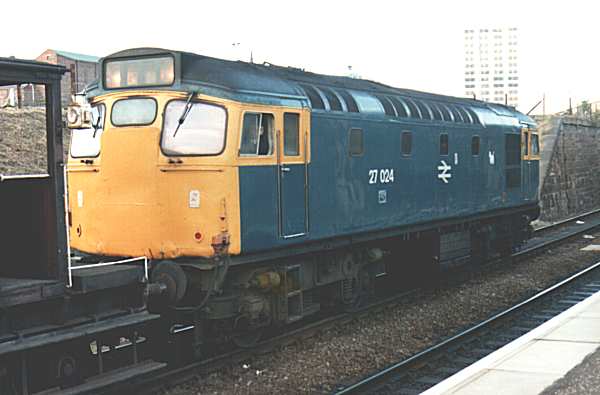 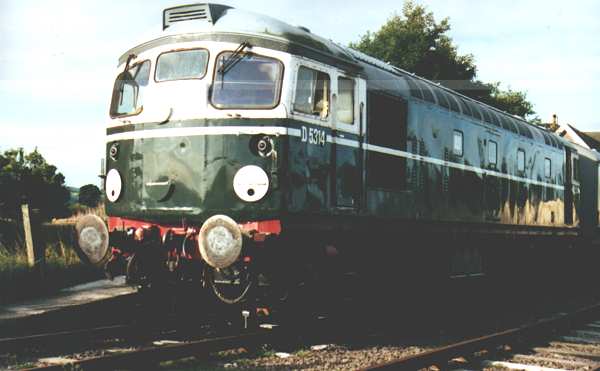 26014 was at the opposite end of the special working which consisted of two round trips. This example has reverted to cab doors complete with a droplight window. These were removed during the type's BR service as they were broken on a regular basis during single line token exchanges. Basically the token would swing back and into the window!