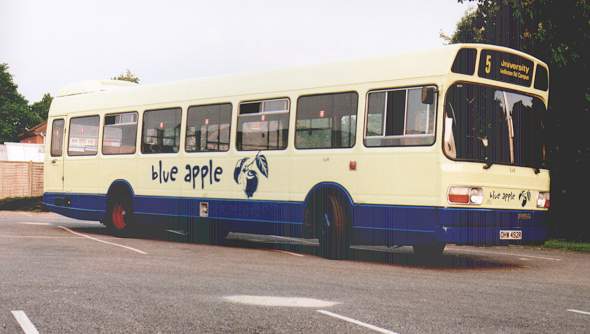 The oldest vehicle in use is 549 (now renumbered 1549), OHW 492R. This vehicle started life with the Bristol Omnibus Company Limited. Still as 549 it is seen in the car park of the University of Derby Mickleover site. 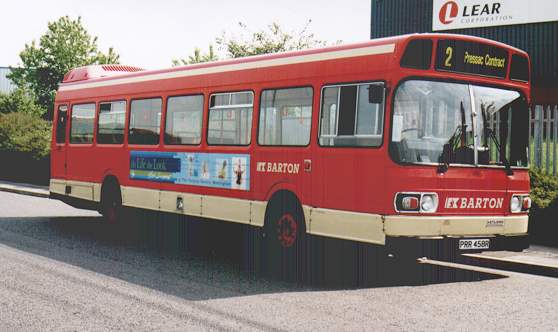 Another veteran used 'on hire' for some considerable time was 458 (PRR 458R). The vehicle was usually employed on service 17 which runs between Long Eaton and Nottingham.

This view is on Glaisdale Drive Industrial Estate on Tuesday 15th June 1999. The vehicle was stored at Trent's Hatton depot which is not in active use. 458 then went to Langley Mill depot for cannibalisation then for scrap to Barnsley. 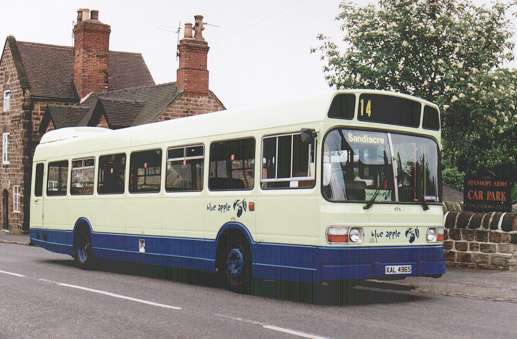 A surprise repaint was 496 (XAL 496S). The vehicle is seen amidst picturesque surroundings in Stanton-by-Dale whilst en route from Ilkeston to Sandiacre on Friday 14th May 1999. 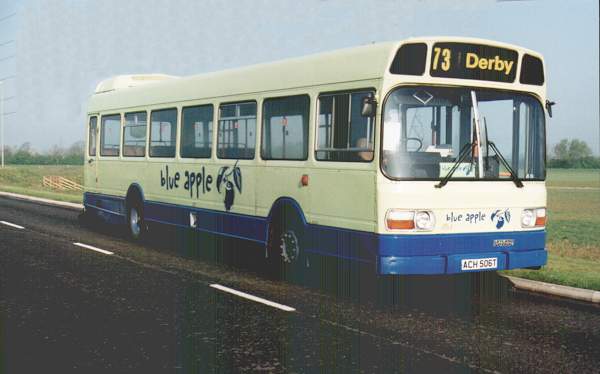 Another route operated is service 73 which runs between Derby, Aston on Trent, Weston on Trent, Castle Donington (mornings and evenings) and also in the evenings East Midlands Airport. The route is a remarkable survivor from National Bus Company days. 506 (ACH 506T) awaits departure for the 08:52 Castle Donington to Derby service. This vehicle is now withdrawn having sustained severe front end damage after a collision with a lorry on 29th February 2000. (Pictures here). It's place has been taken by 555 (VEU 229T) which emerged from the paintshop on 15th March 2000.