Class 25s have always been associated with the Scottish Region, mainly from a point of view of being rather elusive in spotting and mileage books!

The first examples delivered to the region were the brand new D7611 - D7623 (later 25261 - 25273) which arrived between April and October 1966. These had recesses in the cabside for single line token equipment.

As time progressed these examples migrated to the London Midland Region as the ScR acquired most of the boiler fitted examples of the type thus providing another mixed traffic Type 2.

This section of the site covers most of the Class 25/1 and 25/2 locomotives allocated to Eastfield (Glasgow) and Haymarket (Edinburgh) depots towards the end of the 1970s.

By January 1980 some 47 examples were based in Scotland of which 10 were withdrawn and the remainder transferred back to the LMR by 3rd October 1982.

All Scottish 25s were overhauled at Glasgow Works (who also dealt with various LMR machines), one obvious trademark of such an overhaul was the positioning of the running numbers on the locomotive bodyside behind the driver's cab. These numbers were actually painted instead of the usual self adhesive version! In 1980 6 inch high self-adhesive numbers were adopted by the ScR with some 25s receiving these. 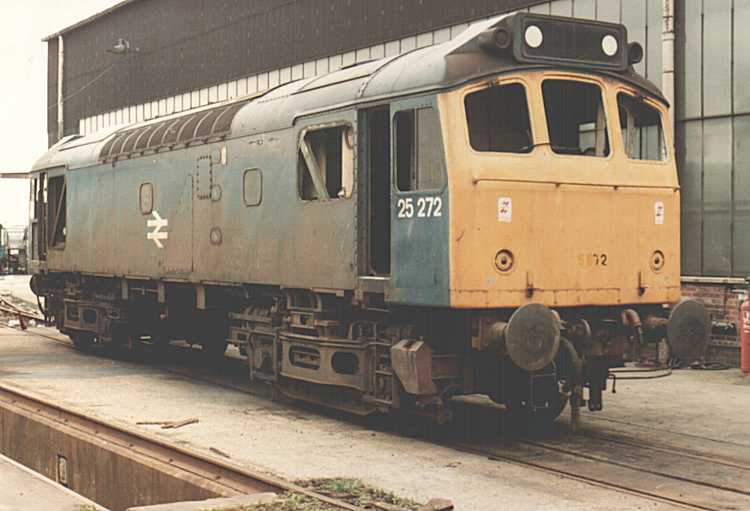 25272 was new to Eastfield Depot in October 1966. The tablet catcher recess can be seen on the rear cab. Most examples had this plated over. Withdrawn in 1981 the loco is seen on the asbestos removal pit at Derby Locomotive Works during May 1982 two months before being cut up. 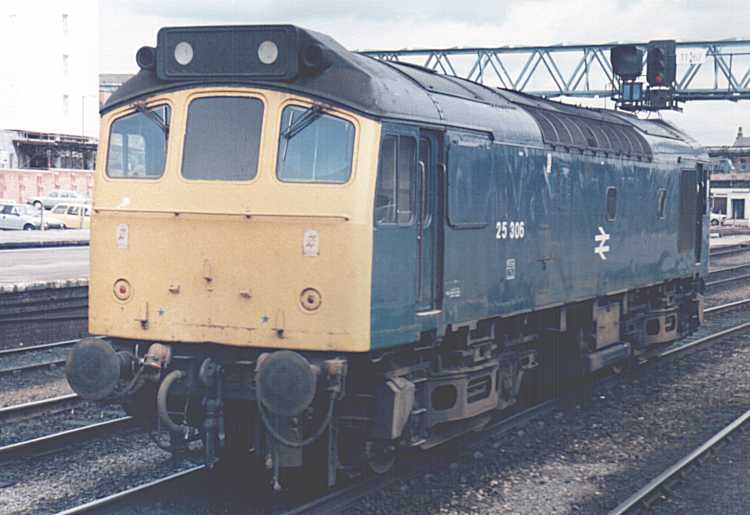