Czech Railways have a tendency to preserve the first and other early members of each class. Certain examples see regular use on special workings such as 751-007 seen here on the rear of a steam hauled special formed of four wheeled coaching stock. Note the more curved appearance of the front which results in the semi official name of 'Bordotka' being applied. (Something to do with human chest profiles apparently!) 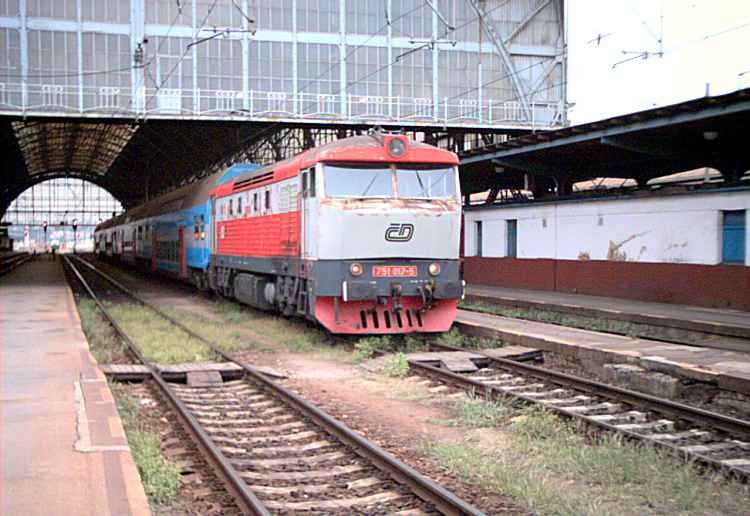 Production series locos have a slightly more square appearance and are referred to as 'Zamracene' which means 'frowner' as they appear to be frowning when viewed head on. Another nickname of 'Grumpy' is also applied. Here is 751-017 at Prague HLN with a selection of double deck vehicles in tow. The driver, upon seeing us photographing his engine, promptly flew out of the cab and presented us with postcards featuring a 751! 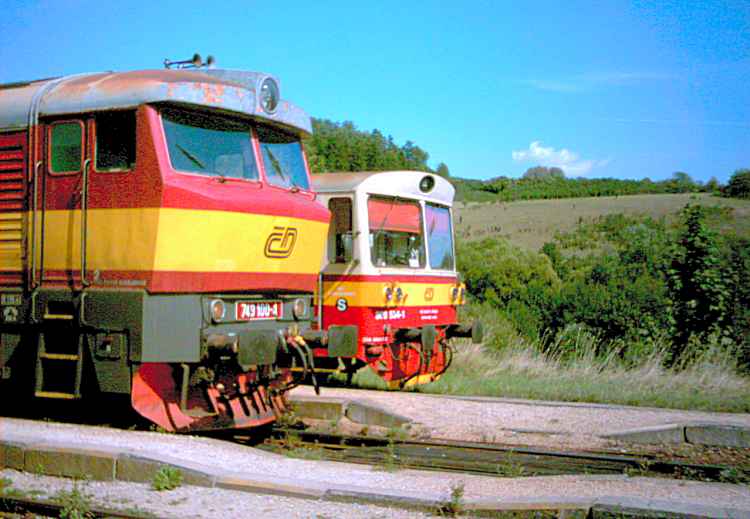 A profile of 749-100 along with one of the numerous four wheeled railbuses.