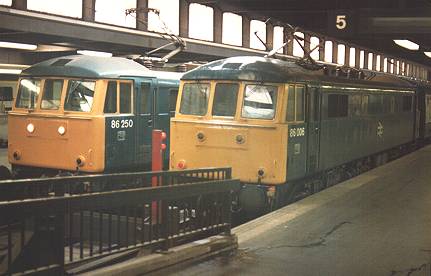 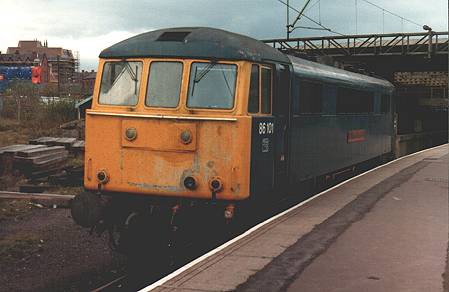 Three Class 86s were modified and had the running gear and electrical equipment for Class 87 fitted. They became Class 86/1. 86101 is seen at Wolverhampton on 31st October 1982. The trio were withdrawn at the end of 1998. During 2007 86101 returned to mainline use in the care of the AC Loco Group 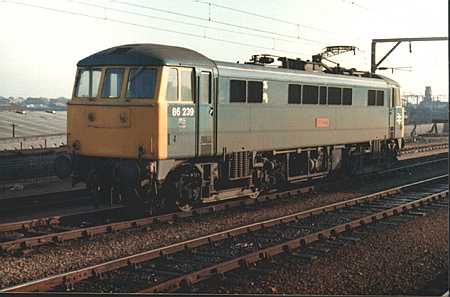 86239 at Wolverhampton on 27th November 1982. The three large springs were fitted as part of the flexi-coil modification in a bid to reduce the considerable track wear caused by the 86s. Indeed the nickname "Jackhammer" was applied to them before they were modified.