Fifty Class 45 locomotives were selected for the equipping of electric train heating (ETH) becoming Class 45/1. Numbered under the British rail TOPS scheme 45101 - 45150 the most noticeable differences internally were the appearance of a Brush electrical alternator which was attached to the Crompton Parkinson traction generators and where the steam heating boiler once lived an additional control cubicle was installed. Externally the most obvious changes were the removal of the steam heating pipe and the appearance of ETH connections.

The stamping ground for this sub-class was originally the Sheffield - Derby/Nottingham to London St. Pancras route. As time progressed the locomotives saw action on the trans Pennine route and also North East - South West duties.

For the most part of their operating lives as ETH equipped locomotives they were overhauled regularly at Derby Locomotive Works. For some reason a small number received their final overhaul at Crewe Works, the first being 45124 which took over a year to complete before emerging in Crewe's standard 'livery' - only one double arrow logo per side. 45138 emerged complete with blue stars on it's nose many years after multiple working was removed from the type!

On this and the next few pages you will find views of all 50 Class 45/1 locomotives and not a single high intensity headlight in sight! 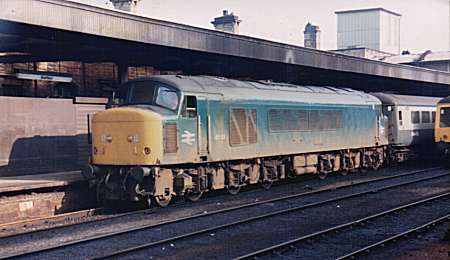 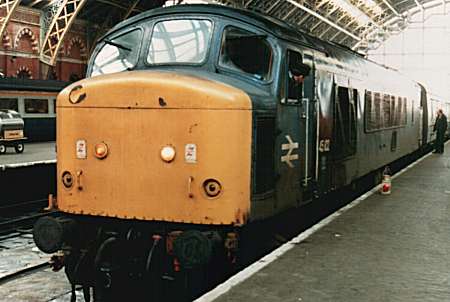 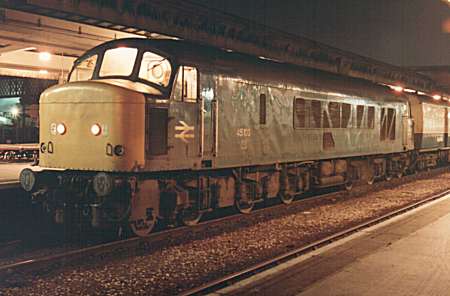 45103 on 'the shunt' at Derby. This consisted of three travelling post office vehicles which were attached to a westbound mail service. Each time an arrival was due into platform 4 the portion would move to the access curve of Chaddesden sidings and then reverse back into platform 4, until the vehicles were finally attached to their train. Any spare locomotive would perform the task although train heating equipment was a must in winter.

45104 "The Royal Warwickshire Fusiliers" between duties on Derby 4 shed. 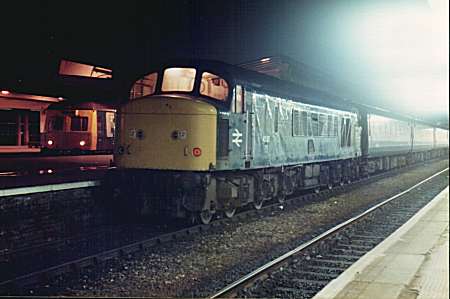