25313 is based at the pro-steam Llangollen Railway. A most delightful line stretching for just over 7 miles through some spectacular scenery to the current terminus at Carrog. The locomotive is ably cared for by the Llangollen Diesel Group who once a year are granted the privilege of a Diesel Gala. This took place over three days from Friday 12th - Sunday 14th October.

For various reasons it is very difficult these days for any visiting engines to attend the gala due in one part to the stroppy local council and in others - well there doesn't have to be a reason if whatever it is doesn't burn coal really.

The 25 had not worked a single train since last November so some considerable preparation was needed. This culminated in it being paired with one of diesel preservation's big success stories - 46010 on the last train on the Friday.

Saturday and Sunday saw 313 given three return trips during which it ran very well, even if the secondman had to visit the engine room and help the fuel rack along a little! 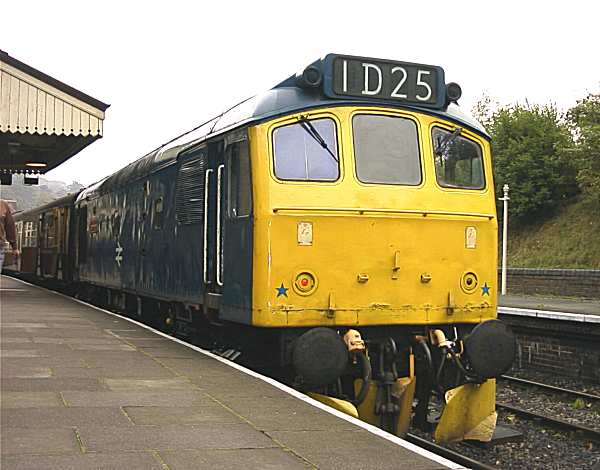 Despite standing idle for nearly a year 25313 makes a pleasant sight at Llangollen. 'Chirk Castle' nameplates are carried as this, apparently, appeals to the general public as they cast their eyes over a 'dirty diesel'. Only one Class 25 was ever officially named in the form of 25322 which became 'Tamworth Castle' during an open day held at that town's station. 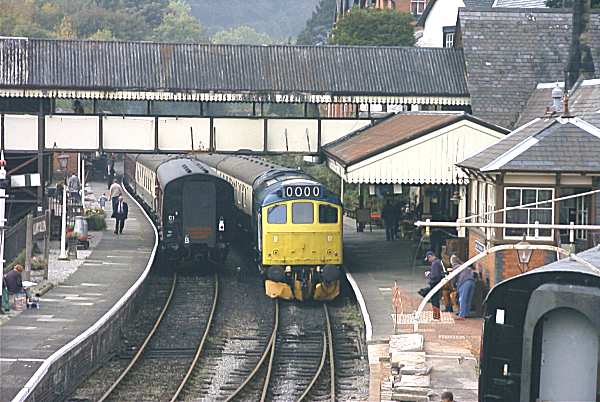 The rather familiar view from the road bridge at Llangollen of the once derelict station as 25313 creates a timeless image of the type's one time stronghold - Wales. 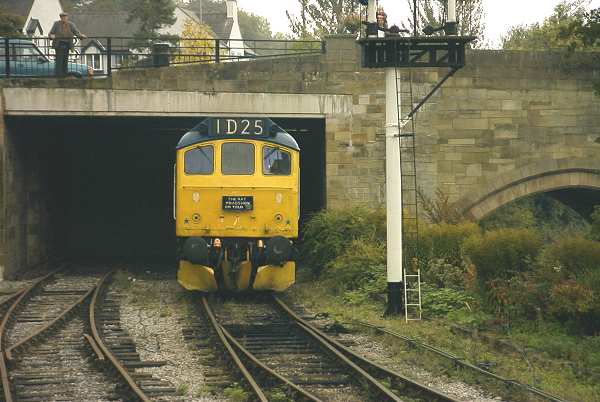 A look from the station to that very same bridge. The line continued from here to a junction then into Wrexham via Rhos or Ruabon.

All photos on this page by Phill Taylor.