The Class 25 locomotive was derived from Class 24. A more powerful Sulzer 6LDA28-B engine of 1250hp was employed along with electrical equipment by Associated Electrical Industries (AEI). There were four sub-classes of 25 and (technically) three different body designs. The different sub classifications were in connection with the actual electrical equipment fitted. The first examples were Class 25/0 consisting of 25 locomotives. These were almost identical in appearance to the later Class 24s. Various body modifications were made for the next series, Class 25/1, a total of 57 locomotives were produced. Curiously the same body design was used for a batch of 30 Class 25/2s. The body appearance changed radically for the remaining 135 Class 25/2s and all of the 80 Class 25/3s. The bodyside louvres were replaced by grilles mounted at cantrail level and the centre cab window was enlarged. In all (yes it does add up!) 327 locomotives were constructed.

The following views deal with Class 25/0, not a frequently photographed variant. They had all been withdrawn by December 1980. 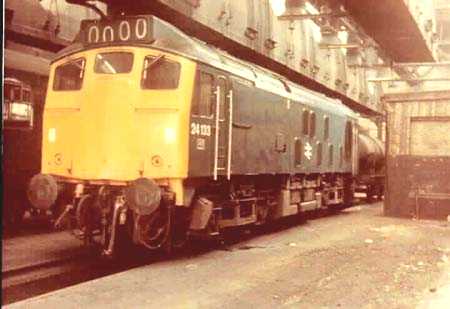 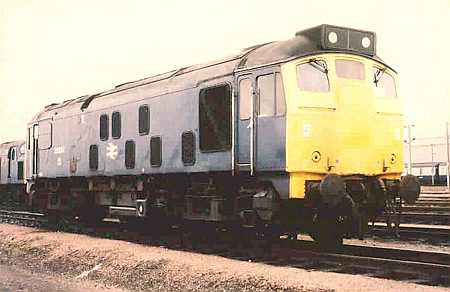 The very first, 25001 is seen at Polmadie depot on 15th March 1980. Six months later the locomotive was withdrawn as surplus to requirements. Then in October 1980 the locomotive hauled 25013, 25019 and 25021 from Millerhill Yard near Edinburgh to Swindon Works where all four locomotives were cut up during the following month. 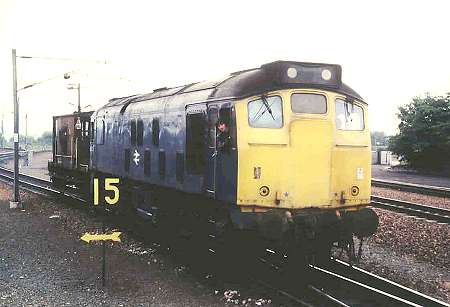 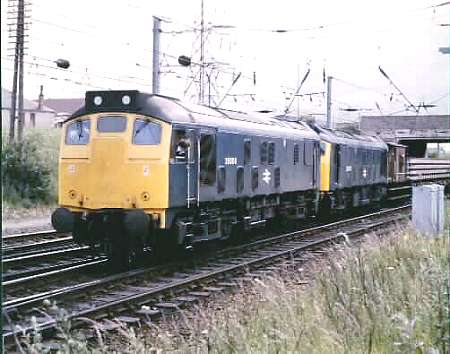